The Classical Riding Club was started over two decades ago to put the ethics back into riding, not just for dressage but for all the disciplines and all horses. At this time there was a plethora of different ideas and schools of thought often leading to arguments and confusion. People feared that the traditional, classical step-by step methods might be by-passed in favour of quick-fix 'modern' methods.  Gadgets were commonplace;  few recognising how damaging they were to horses – both physically and mentally. It was time for real concern; time for a re-think.

Helping us to Help our Horse

CRC is all about helping riders to help their horse.  We promote and share training methods which can transform the most ordinary looking horse and turn him into a star.  Every rider is capable of this, but it does take commitment. time and patience.  With CRC you can explore the techniques of the best in the world - past and present - and start your journey of discovery.  Here for example is Sylvia's stallion Prazer who was sent to her at the age of 6 with very little topline and totally on the forehand.  It is hard to imagine a horse can change so much..... but it is achievable by everyone! 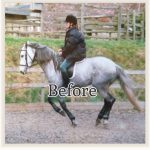 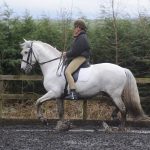 With the support of so many of her students and readers looking for a more enlightened way of riding,  Sylvia launched a campaign in 1995 to ban the use of draw-reins in warm-up arenas.  This awakened more people to the cause and  The Classical Riding Club grew and grew.   Some years later we became very involved in the anti-Rollkur protest which eventually led to the FEI taking note and discrediting the practice in dressage. In recognition of its achievements, particularly its contribution towards welfare, the British Horse Society made The Classical Riding Club their first Independent Partner of the Horse in 2009.

Looking to a Brighter Future CRC is now recognised all over the world. It has over 15,000 Members on its Facebook page and Members include some of the most famous names in dressage today as well as quite ordinary people with ordinary horses. The Club is neither elitist or pretentious. Its aim is to educate, educate, educate – since only through knowledge can we protect the horse from abuse. Sylvia has always been at pains to explain that the word ‘classical’ means nothing more than ‘pure, correct and practical’.   So whether you are a novice or a Grand Prix rider, the basis should be the same. The work must complement Nature’s laws – the aids designed to help never to hinder or cause stress or pain.

It is to this end that Sylvia is determined to bring the Masters – past and present - to every rider who cares about their horse; whoever they are, wherever they live. ‘The more Members we have – the more we can spread the word.’ Anyone who loves horses is welcome to be a Member.